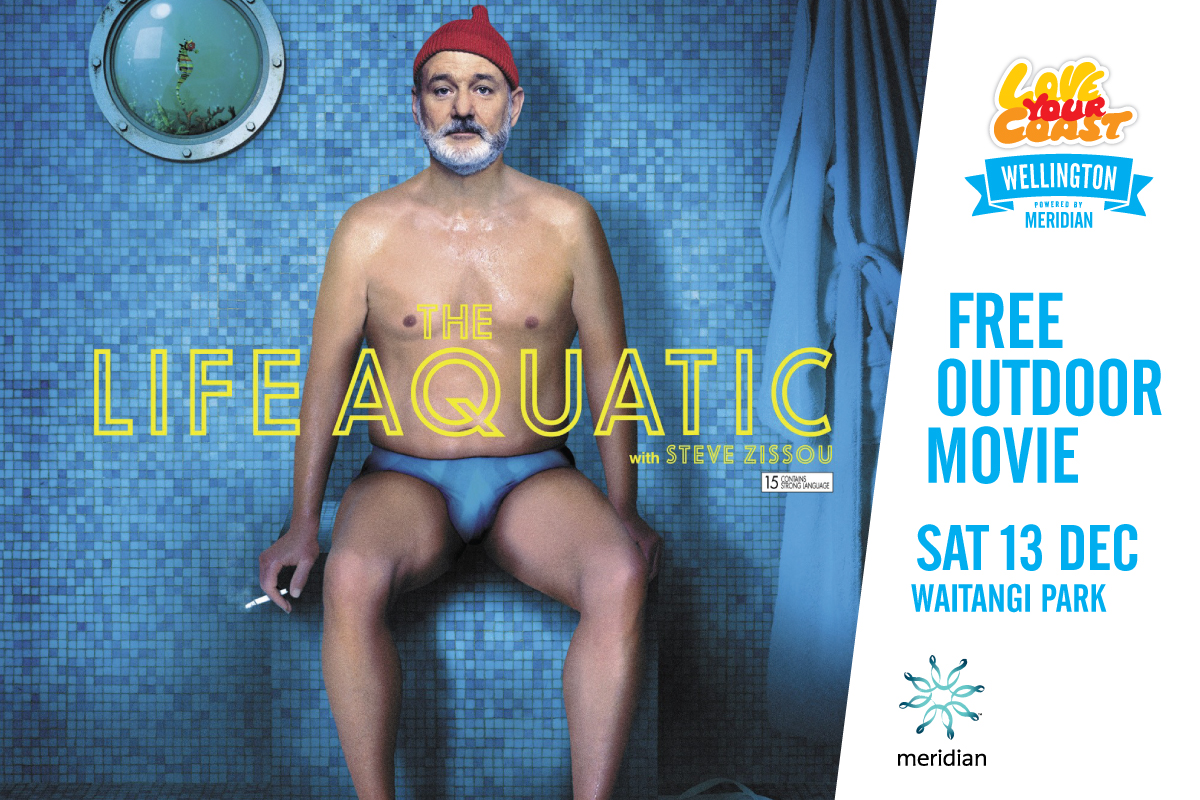 Oh no! Sorry, but sporadic rain and wind have forced us to cancel this evening’s movie screening! The weather has been good to us for the past two months during our Love your Coast Wellington event series, allowing us to run 35 clean-ups involving 3,037 people. We also managed to deliver 63 presentations at 33 schools, to 5,273 attendees. Phew, thank you Wellington! More results and photos to come.

Join us on Saturday 13 December from 8.30pm in downtown Wellington’s Waitangi Park for a free outdoor screening of the hilariously peculiar Wes Anderson classic, The Life Aquatic with Steve Zissou. We invite you, your family and friends to come and celebrate the end of the Love your Coast Tour of Wellington for 2014. The efforts of Wellingtonians during the last few months have been epic, with thousands of school children, teachers, divers, kayakers, four wheel drivers, and you — the public — involved.

If you’ve not seen the film ‘The Life Aquatic with Steve Zissou’, it’s a Wes Anderson masterpiece at it’s most quirky and stylistic, with Bill Murray playing…”the autocratic oceanographer and has-been star of his own self-produced marine documentaries. Zissou is a weird mixture of Jacques Cousteau, Captain Kirk and Captain Bligh, but mainly the French legend Cousteau, to whose calmly paced and lugubriously narrated television shows the movie is a lovingly detailed tribute.” The Guardian Review

The Saturday December 13th screening promises a treat for the whole family, and we’ll have pictures taken from during the last term’s cleanups with the schools on show, as well as the announcement of the writing and photo competition that we’re running with the students.