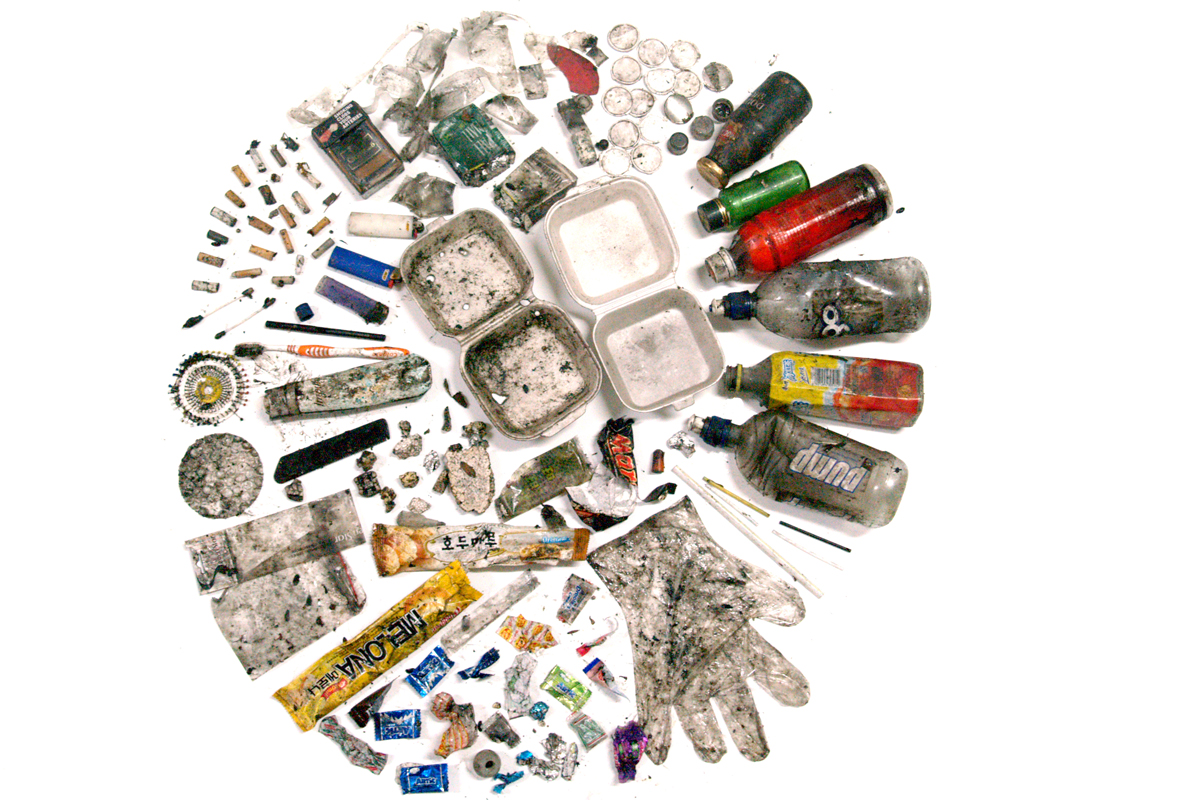 In a mid-winter project to assess the extent and types of rubbish found in our storm water drains, our team hit Auckland’s Queen Street armed with pool scoops, high vis’ vests and data collection sheets.

After surveying and removing the floating litter from nearly half of the drains (33 of the 72) on Queen Street we tallied-up 1,969 individual pieces of rubbish; a shocking average of 59 pieces per drain. In one drain – a photo of which features in the nationwide street litter awareness campaign we launched this week – we found 130 bits of trash.

The biggest offenders in Queen Street’s drains were 590 cigarette butts, 475 food wrappers and containers, 285 cigarette packets, 208 pieces of polystyrene, and 91 caps and lids.

When compared to analyses of litter found on the coast, the data shows that single use plastics are consistently the most prevalent problem – both in city drains and where urban-born rubbish lands offshore, such as islands of the Hauraki Gulf and the Coromandel Peninsula.

Such concentrations as found in Queen Street’s drains indicate that as a nation we have a significant impact on global pollution in the ocean. We counted just a handful of drains out of the many thousands in our cities (there are over 11,000 in Auckland alone); you can find drains like these nationwide. The effect of this constant stream of litter is huge and the drain system is clearly a significant source of rubbish getting into our waterways.

We are encouraging kiwis to take personal responsibility for their litter. The simple solution is up to all of us as individuals: reduce the amount of waste we create and what we must use, dispose of it properly, and it won’t end up on our beaches.