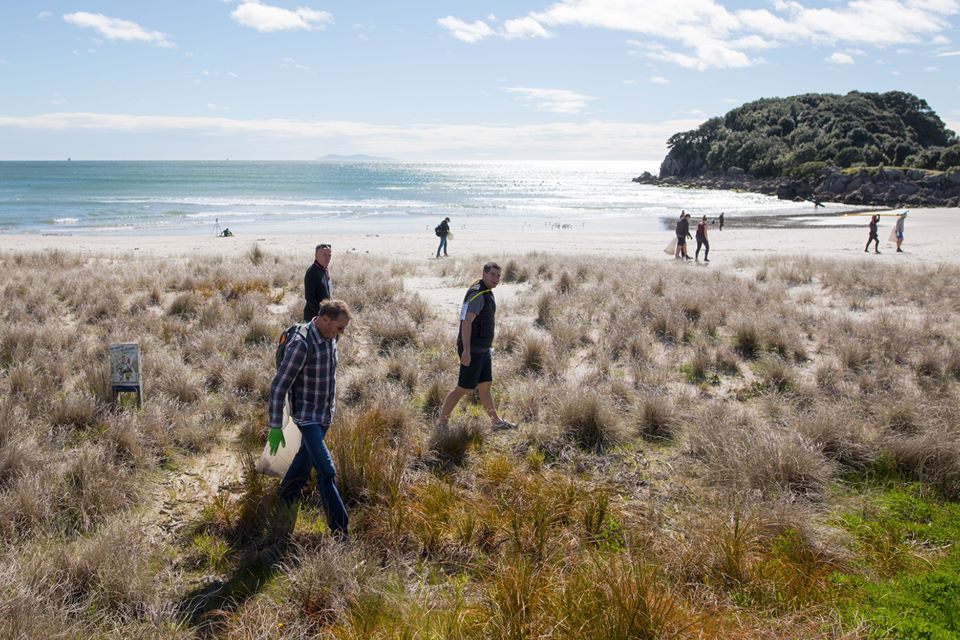 In September 2018 Sustainable Coastlines hooked up with property valuers TelferYoung at their annual conference to inspire, engage and create action with their people who had come into Tauranga from around the country. This was Sustainable Coastlines’ first activity with TelferYoung, so importantly, we had to set the scene for what we were doing and why we were doing it.

We know that the environment is facing a series of global issues, with one of these being the increase of marine litter, which impacts individuals and ecosystems alike. The crew from TelferYoung were eager to take up the challenge for a morning, and who doesn’t like spending some time at the beach!?

After a short Love Your Coast presentation and safety briefing, we boarded buses and headed for The Mount. Once there, we split into four groups and scoured the beaches, coastline and roads around town.

Less than one hour of clean-up time produced about 300 litres of litter. This mostly consisted of small pieces – cigarette butts, straws, food wrappers and more, so a pretty substantial effort.

The day was a great success and many of the individual TelferYoung offices approached us to find out what they could do to help once they returned home – a pretty good measure of achievement if you ask us!

A massive thanks to the TelferYoung team and particularly our champion on the inside, Francie Stacey and CEO Ross Hancox for making this happen.

Bring on the next one!