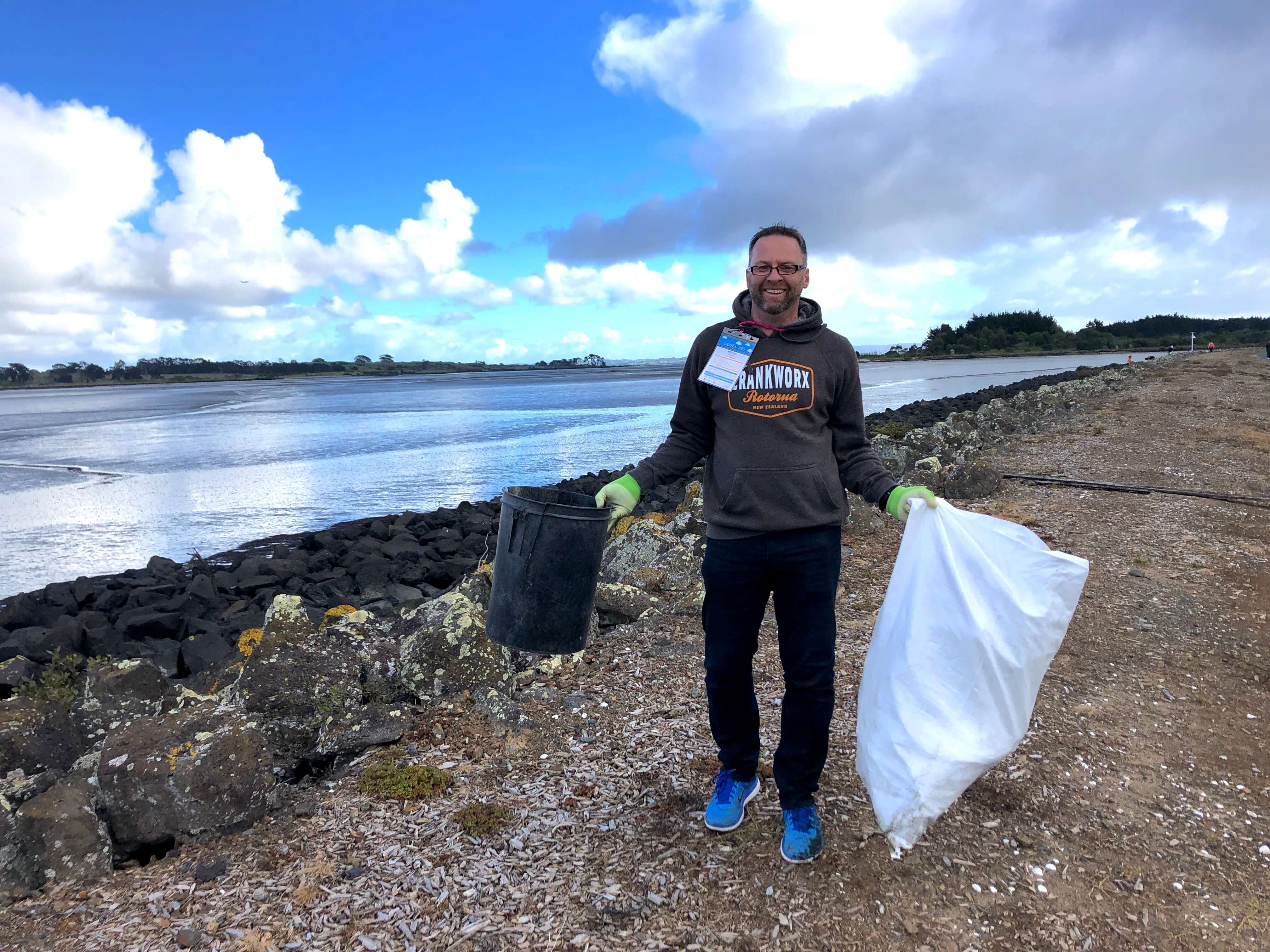 On August 29, 2019, we teamed up again with bronze sponsor TelferYoung for a clean-up event during their annual conference. Last year we tackled Mt Maunganui beach, so this year we decided to mix things up a bit and throw them in the deep end of Auckland’s litter issue down at Puektutu Island, in the often forgotten Manukau Harbour.

After a quick update on what’s been happening with Sustainable Coastlines over the past 12 months at a nearby conference centre, the 150 TelferYoung employees bussed down to the Puketutu Island, split into four groups. Puketutu Island is actually a beautiful spot, but it’s in an area that tends to collect litter and is also a well-known spot for dumping. The TelferYoung team weren’t perturbed at all, knowing that everything that we picked up we stopped from entering the marine environment.

It wasn’t glamorous, but it paid off with a large haul of 3,400 litres of litter.

We can’t wait until next year!