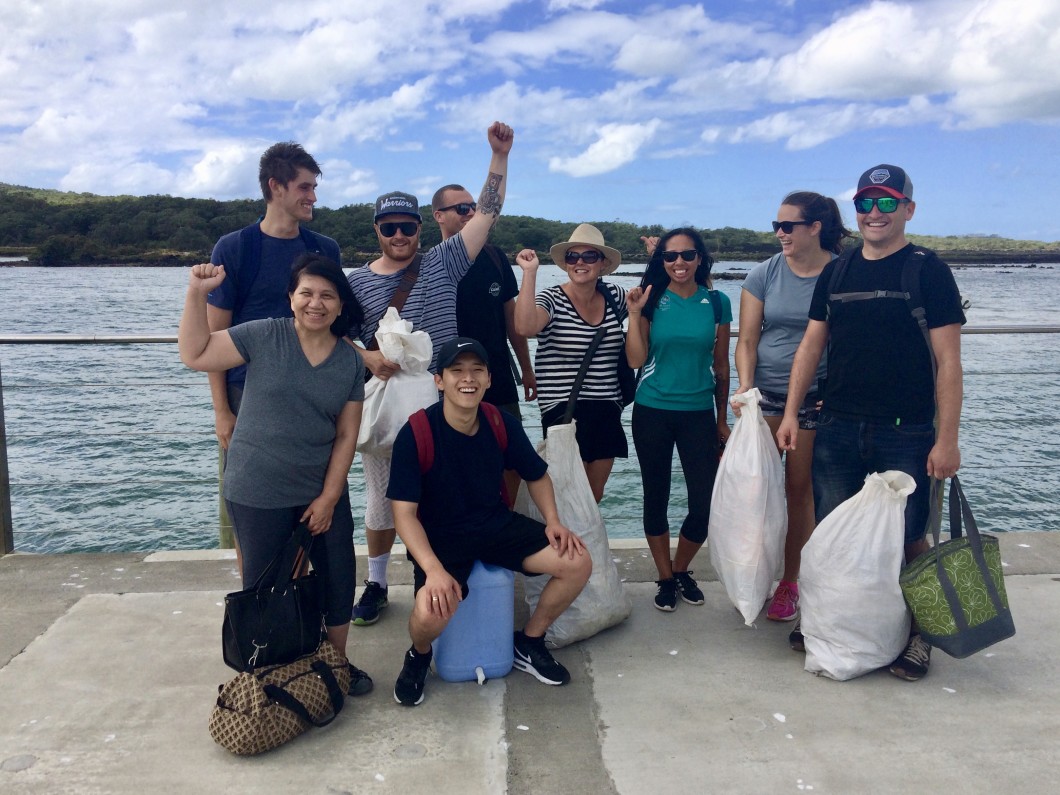 The sun was high in the sky at midday on Wednesday 21st February 2018, as a keen and tight-knit team of 9 from Kwanto boarded the ferry at Downtown Auckland and headed across to Rangitoto Island.

Eager to learn more about the issue of plastic pollution in our oceans, our educational presentation was given under the much needed shade as they arrived on the island. We then headed off on a 20 minute walk to southeastern coast of the island, to the wonderfully rocky and bird filled Flax Point.

One hour later, after splitting off into smaller groups to cover more ground, a total of 285 litres was collected, consisting largely of plastic bags, bottle caps and other food related plastic packaging.  The audit count showed a total of 2052 pieces were picked up by the team at Kwanto that day. The team were eager to get more  and would have stayed out there if there wasn’t a ferry to catch back to the mainland.

The clean-up ended with ice cold drinks thanks to Phoenix Organics Drinks before boarding the ferry back to reality.

A massive thank you to the team at Kwanto for getting out there on the ground themselves and tacking ocean plastics head on!